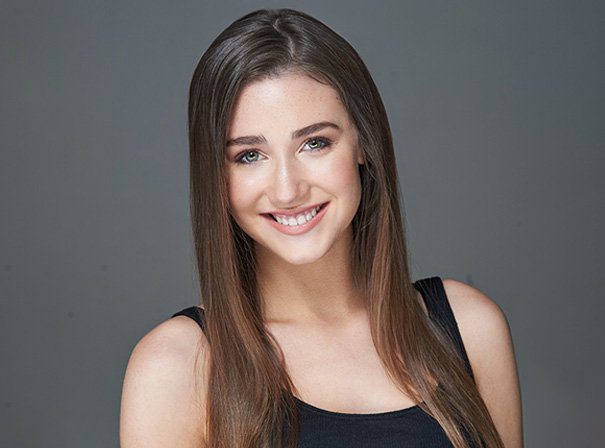 Who is Kamilla Kowal?

Born in 1993 in Ontario, the province of Canada, Kamilla Kowal is an actress as well as a model who is best known for her work in Canadian Sitcom Letterkenny, The Romantic Comedy-drama film,“The New Romantic” Canadian thriller film “American Hangman”. She has made appearances in various other shows and projects but her work in Letterkenny remains the best to date. She has done modeling for various American, French, and Canadian fashion shows and brands.

Although Kamilla is a relatively private person as a lot is not known about her family and early life, it is assumed that she grew up in Ontario, Canada. The details of the whereabouts of her parents and siblings are, however, unknown. She had her early education at St Benedict Catholic Secondary School. She also started taking acting classes at the tender age of ten from a Canadian acting agency known by the name of Charm Plus.

As of October 2020, Kamila has celebrated 27 birthdays of her life. This extremely beautiful model and actress have a Canadian nationality. Her height is almost 5 feet and 6 inches and she weighs around 50 kgs. Her net worth is estimated to be more than 600.000 dollars. Her Zodiac sign is cancer as she was born on the 17th of July in 1993. Her eye color is Hazel and the color of her hair is brown.

Kamilla Kowal stepped into the field of acting by playing the role of Cheyenne in an American TV series known as the Web of Lies. She later featured in the Canadian movie, The new romantic in the year 2018. However, she gained major recognition and fame from her role in the sitcom Letterkenny. The list of all the acting projects she has featured in so far is as follows :

2016 – Web of Lies playing the character of Cheyenne

2018 – The New Romantic playing the character of Emily

2019 – Popternative starring as herself

2019 – American Hangman playing the character of a teenage neighbor

2019 – Winter Love Story playing the character of an Excitable student

2019 – Secrets in a Small Town playing the character of Maddie

Kamilla Kowal has also remained in the past, The titleholder of a Canadian Beauty Pageant Program known as Miss Greater Sudbury.

Although it hasn’t been long since she joined the entertainment industry, she has made her mark through various TV shows, films, and fashion shows by her hard work and dedication towards her career.

Ever since Kamilla entered the fashion and acting industry, she has been surrounded by several controversies. The majority of these controversies have always revolved around her physical appearance. The most talked-about controversy relating to Kamilla Kowal is that she has gotten lip injections. Although Kamila has not given any statement regarding and has neither denied nor accepted this rumor, people believe that it is true.

Kamila has more than 142K followers on her Instagram and in comparison with her number of followers, she follows a handful number of people i.e around 1050. Most of her following includes fellow actors and actresses, brands, Modelling platforms, and others.

On her Instagram account, she mostly posts photos of herself from different shoots. Her Instagram profile also gives major insights into her life other than the entertainment Industry. She has posted a lot of pictures from various events that she has attended along with other fellow actors. She also posts quite often her images where she is enjoying herself at the beach either alone or with her close friends. A few of her Instagram posts tell us that she owns a Ferrari and her baby dog’s name is ruby. Kamilla, unlike other famous people of her fraternity, hasn’t kept her relationship private. She posts a lot of pictures with her boyfriend on her official social media accounts. She has been dating a guy named Luke McCaw since the year 2019. The couple never shies from showing off their love publicly and they look super cute and adorable together.

Instagram account of Kamilla is like her personal portfolio as a person can get a lot of information regarding her current and upcoming projects, her hobbies, her likes, and dislikes her relationship status, and a lot of other stuff.